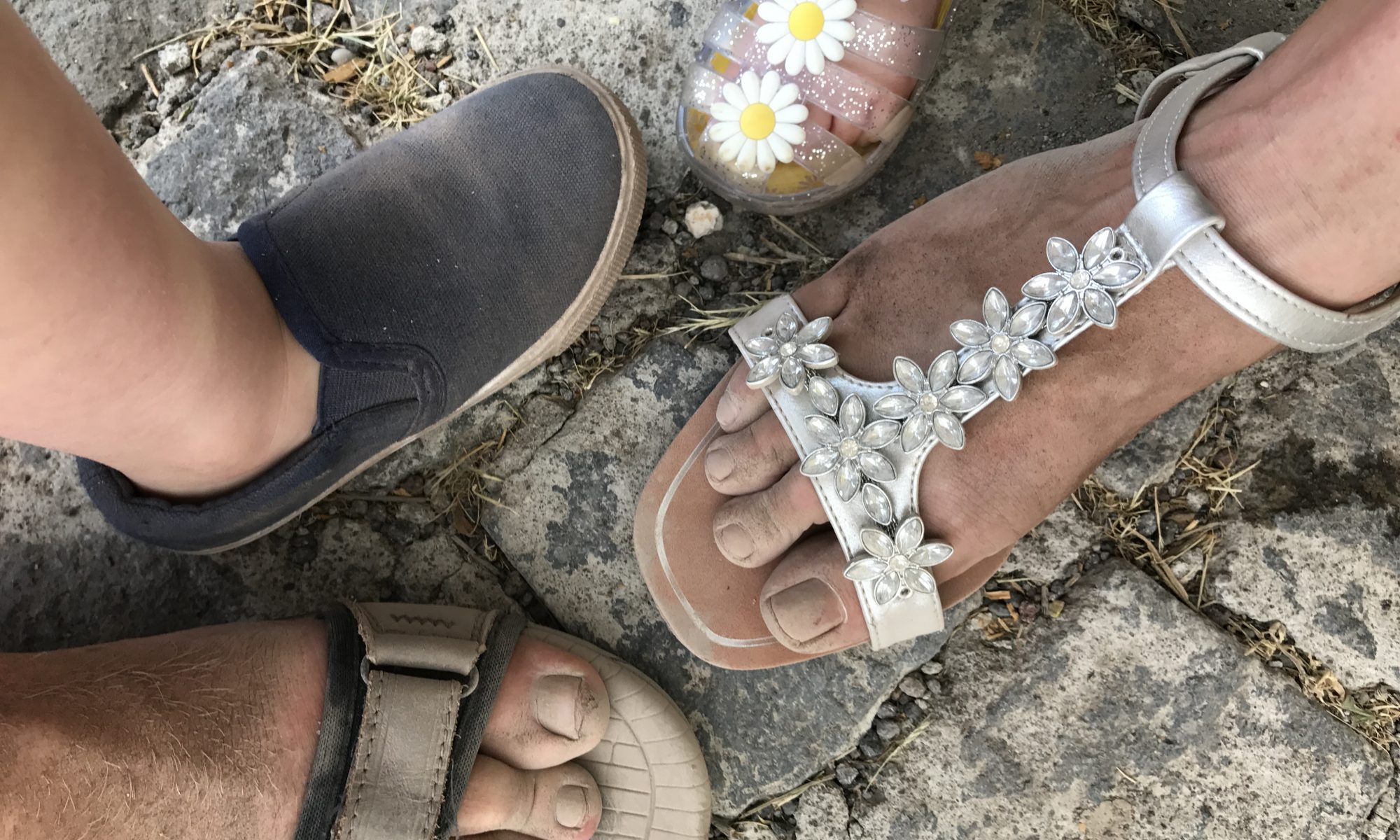 My passion for photography is consistent

By now, you all know how passionate I am about consistently documenting life through photography.  You may have read My Mum Story with my 1,180+ photos or perhaps you just read my blog on a regular basis.  Don’t let life pass you by and live with the regret.

This is a totally true story

So on a recent trip to Sorrento, when we took each day as it came and didn’t plan our trips (me, not plan I hear you say!) we decided to get the train to Pompeii.  If the truth be known, we only got as far as agreeing that Joseph would love the train as opposed to deciding which tour we would do when we got there.  After several in your face tour guides trying to sell us various walking or coach tours, the kids getting restless and the heat rising, we decided to take the 4*4 adventure tour up to Vesuvius.  Pompeii would be boring for our two kids after just half an hour.

We purchased tickets, hung around for 40 minutes waiting for our bus (fine with Joseph who just waited for trains to pass) to take us several miles down the road to our jeep. When we arrived at the transfer point, we hurled the buggy off the bus only to be told that we couldn’t take it on the jeep.  ‘It’ll be right’ I said, ‘Otherwise they wouldn’t have sold us the tickets!’

We take a half hour rugged and bouncy ride up to Mount Vesuvius.  I started to worry I was going to be car sick.  Victoria fell asleep on Jonny’s knee as Joseph pressed his nose against the window.  Consequently, I wondered how we were going to reach the top through all the greenery.  When we arrived near the top in the glorious heat we were told to be back to pick up our return jeep in an hour.  Off we ventured, handing over our tickets enthusiastically to the park ranger and off we went.

‘Let’s get a photo before we set off’ I announced.

Once we headed up the first few steps, the ground became full of ash, like waking in sand.  Whilst this may have seemed obvious it hadn’t crossed our mind and as I looked up I began to wonder how we were going to get two children under three up, especially given Victoria had fallen asleep and I had failed to bring my sling.  ‘It’ll be right’ I said once again, the positive person that I am.  Nevertheless, it wasn’t.  After ten minutes of carrying Victoria the sweat was pouring off me.  Joseph had given up walking and Jonny had him on his shoulders, sweating just as much as me.   To make it worse, people heading down, dressed appropriately in shorts and hiking books looking at us with pity stating ‘Oh, I hope you make it to the top!’  NOT HELPFUL!!!!

Soon after I became pretty miserable.  The heat belted down and I was desperate for a drink but had to keep hold of Victoria.  Meanwhile, Joseph was crying as he wanted to walk and Jonny was telling him no. People continued walking past looking at us like we were mad.  I didn’t care, this wasn’t going to beat us!  At last we saw the top and I looked at my watch calculating how much time we had before returning to the jeep.  Not long.  ‘Let’s just get up, have a drink, get a few photos and get back down’ I moaned to Jonny.

When we reached the top, Victoria woke as if by magic and the view from the top made it all worth it.  Tremendous.  We were literally on top of a volcano looking down on the world.  I felt amazing and glad that we ploughed on to get to the summit. Finally,  I headed for my phone and selfie stick to get a few photos of us all together when a very nice lady who had just finished taking photos offered to take them for us.  I was so sweaty and tired that I calculated it would be much quicker than setting up my stick.  As she clicked away and I tried to get Victoria to look forward, we thanked her and off we headed for a quick drink before we headed back.  There was no way we were going to miss this jeep.

Time to check in and catch our breathe

Consequently, coming down was a load easier and we arrived with plenty of time to spare.  I felt as chilled as I had all day.  I took a photo of the many lizards we saw and then one of our very inappropriate footwear.  That’s my brand new sandals wrecked!

I looked back at the photos from the top of Vesuvius and this is what I saw….

I was absolutely gutted.  Heartbroken.  After all that blummin’ walking, a thumb had erased the top of Vesuvius!!!  I take full responsibility for not checking the photos straight after but I just wasn’t in the mindset.  In reality though, it totally brought home the message that each and every person should have the confidence to take a good photo, whatever that looks like for you.  I was mad for ten minutes before I started laughing and deciding that the shoe picture was the best representation of the day, as is the story that we can tell Joseph and Victoria when they are older.

And the moral of the story is…

Well, you decide!  For me, it’s to not let strangers take pictures at significant times in my life!!!  To conclude, if you fancy brushing up on your photography skills, why not have a read of one of the below posts or head to my Facebook page and ask me a question as I am ALWAYS willing to help!

Six household props to add to your family photos